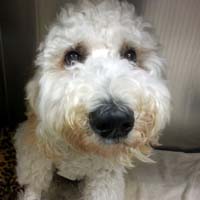 Hypoadrenocorticism (HA) is a deficiency of the adrenal cortex to produce mineralocorticoids and glucocorticoids. Aldosterone is responsible for potassium excretion, sodium retention and water reabsorption. Cortisol has a catabolic effect on lipids and proteins, stimulates gluconeogenesis, promotes water retention and has anti-inflammatory effects. Glucocorticoid release is controlled primarily by adrenocorticotropic hormone (ACTH) secretion from the anterior pituitary gland. And aldosterone is under the regulation of renin and serum potassium levels.

The prevalence of HA among dogs is not common, and very rare in cats; however, owing to its famous nickname as “the great pretender,” it is possible it occurs more frequently than it is diagnosed. The two main types of HA are primary and secondary HA. Primary HA results when there is a deficiency with the adrenal glands themselves. Idiopathic adrenocortical atrophy is the most common cause of primary HA in dogs and thought to be immune mediated in origin. Other causes of primary HA in dogs includes: iatrogenic secondary to mitotane and trilostane use, and very rarely adrenal infarcts, adrenal tumors and adrenal amlyoidosis. Secondary HA is defined as deficient production and secretion of ACTH which results in atrophy of the adrenal cortices. What distinguishes secondary from primary HA is that ACTH has very little effect on mineralocorticoid secretion and oftentimes, aldosterone function remains normal. A state of glucocorticoid only deficiency is termed “atypical Addisons.”

Breed predilection for HA is well known and includes Great Danes, Portuguese water dog, rottweilers, standard poodles, West Highland white terriers, and soft coated Wheaton terriers, although many other breeds have been reported to develop HA. Age of onset has a wide range from two months to 14 years with the median age range being 4–6 years of age. Approximately 70 percent of dogs with HA are female.

Clinical signs vary from chronic mild waxing and waning signs of lethargy, inappetance, vomiting and diarrhea, to severe acute cardiovascular collapse with metabolic disturbances. Typical biochemical abnormalities seen include hyponatremia, hyperkalemia, pre-renal azotemia and hypoglycemia. Hemogram abnormalities can include hemoconcentration or mild anemia (secondary to gastrointestinal hemorrhage), leukocytosis characterized by a lymphocytosis and eosinophilia. Given these changes, it is easy to see how HA can be mistaken for primary renal disease or gastrointestinal disease. Even the pre-renal azotemia can be somewhat tricky to discern. Dogs with HA have such a low medullary gradient that it makes it more difficult for them to maximally concentrate urine, thus they may have a urine specific gravity <1.030.  Thoracic radiographs in cases of acute cardiovascular collapse may show microcardia with a small caudal vena cava suggestive of hypovolemia. Abdominal ultrasound will typically reveal smaller than normal adrenal glands but since size varies greatly with the size of the dog, the sonographer must be comfortable in interpreting these measurements.

In an acute setting, taking clinical signs with bloodwork abnormalities may be the only way to make a presumptive diagnosis while waiting for endocrine test results. It has been long held that a Na/K ratio less than 27 is suggestive of HA. But recent studies suggest that the sensitivity of the Na/K ratio increases below 24 and when taken with lymphocytosis has a better sensitivity than considering Na/K ratio alone.

ACTH stimulation test is the gold standard for diagnosing HA. The biggest limiting factor is the cost of the synthetic adrenocorticotropic hormone, cosyntropin. Due to the high cost, it has been suggested that 5 mcg/kg dose even for larger dogs will yield valid results compared to using the conventionally used 250 mcg/dog dose. Endogenous plasma ACTH concentration is useful in differentiating between primary and secondary HA. In primary HA, the endogenous plasma ACTH level would be very high, as there is loss of feedback from the adrenal cortex. In secondary HA, the ACTH level would be low. Making this distinction for the purposes of treating HA may not be necessary. However, in the case of an atypical Addisonian, making the distinction might be useful to determine whether the dog will never develop mineralocorticoid deficiency (in the case of a secondary HA), or whether it is still possible they could develop a deficiency as with primary HA.

An Addisonian crisis describes a dog that is exhibiting clinical signs of hypovolemic shock and secondary effects of metabolic disturbances such as severe hyperkalemia or hypoglycemia. Basic treatment measures can be instituted even before a diagnosis of HA is made. A fluid bolus with balanced crystalloid is recommended. Although 0.9% NaCl is generally thought of as a first line fluid specifically for Addisonians, it is an acidifying solution and with the goal of an initial fluid bolus being volume expansion and not necessarily electrolyte correction, some may advocate utilizing a buffered solution such as Normasol R or Lactated Ringers Solution. Life threatening hyperkalemia and the degrees of EKG changes associated with progressive hyperkalemia is well-outlined on the human side. However, these serve only as guidelines in veterinary patients. Strategies to quickly reduce K levels include fluid boluses, dextrose bolus (0.5–1.0 ml/kg, IV) and regular insulin (0.1 u/kg, IM) followed by a dextrose CRI.

Knowing when to administer glucocorticoids and mineralocorticoids in an acute situation can be challenging, especially when an ACTH stimulation test may not be back for 12–24 hours. Taking the patient’s Na/K ratio in consideration with lymphocyte count may be enough to justify giving a dose of dexamethasone sodium phosphate (0.5–1 mg/kg, IV) once. And if despite aggressive medical management, potassium levels do not trend downward, desoxycorticosterone (DOCP) can be administered (2.2 mg/kg, IM). In these cases, a clinician must weigh the benefit of administering these necessary medications against the risk of the pet having a non-Addisonian disease such as renal or gastrointestinal disease. Although no serious adverse affects are associated with mineralocorticoid administration in non-Addisonian patients, a short acting mineralocorticoid such as fludrocortisone (15 ug/kg, PO) may be used until endocrine tests return. If the cortisol point of care test is available to you, it may be valuable in ruling out HA if the cortisol level is normal or high. However, a low value is not definitive for HA.

Once a definitive diagnosis is made, glucocorticoids can be continued at a replacement dose (0.5–1 mg/kg/day) for 1–2 weeks. If fludrocortisone is being used as the mineralocorticoid replacement, then an additional maintenance dose of glucocorticoids is generally not necessary. If DOCP was administered then glucocorticoids need to be continued at a maintenance dose (0.1–0.2 mg/kg/day). Monitoring electrolytes during the first few weeks after diagnosis is necessary when using either mineralocorticoid. It is recommended to recheck electrolytes 5–7 days after the first fludrocortisone dose and increase weekly until electrolytes are normal. Unfortunately, the drawback of Florinef™ is small tablet size, 0.1 mg. This means even a medium sized dog may require several tablets daily. Considering the current cost of Florinef and the daily dosing, DOCP is a good alternative. The duration of action of DOCP is approximately 25 days but it does have individual variation. The recommendation of frequency of checking electrolytes is variable. It is recommended to recheck electrolytes 14 days after initial DOCP injection and then again at 25 days. If the electrolytes are normal at that time, you may recheck electrolytes every other day until a change is seen or until the pet exhibits signs associated with poorly regulated HA.

The prognosis and quality of life of dogs with HA can be very good as long as they continue to receive their medications in a timely fashion. There should be a special consideration made when these pets are in stressful situations such as hospitalization or being boarded. Administering a higher dose of glucocorticoids (0.5 mg/kg/day) may be advised during these times to help prevent a crisis.