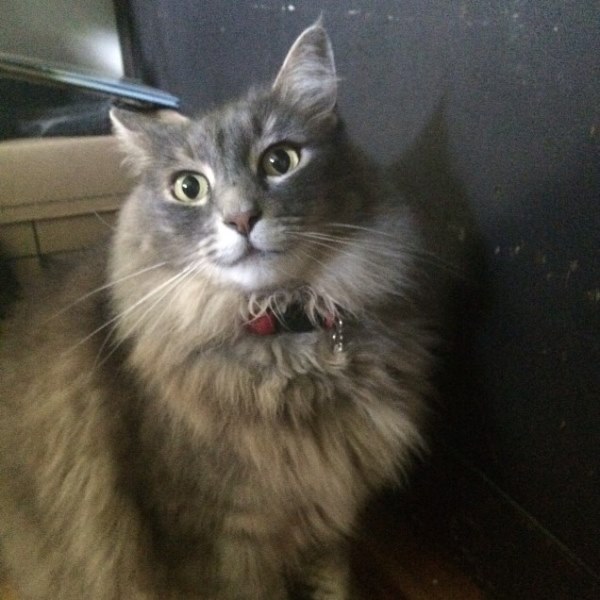 In this article, Ashley Magee, DVM, DACVS, discusses the wound management of a Maine Coon that was mauled by a dog.

Home » All » Article » Wound Management of a Complex Dog Bite

A 6 year old Female spayed Maine Coon cat was mauled by a dog sustaining severe injuries to her left forefoot including loss of the second digit. The wounds were debrided and partially closed by her primary care veterinarian ten days previously. Despite prompt wound care and closure, the wounds continued to progress with exudation and tissue necrosis. The patient was managed in a bandage and treated with oribifloxacin, gabapentin and buprenorphine. A wound culture was submitted at the last bandage change. CBC and serum chemistry evaluation was performed three days post injury and was within normal limits.

On presentation for surgical consult, the cat was bright, alert and responsive with a normal physical examination other than non-weight bearing lameness of the left forelimb. The foot and ante brachium were covered with a bandage. The patient was sedated and the bandage removed for evaluation.  The medial aspect of the left foot was open with granulation tissue present. The second digit was missing and the third phalanx of the third digit was exposed ventrally with macerated tendon and necrotic pad apparent. There was a small margin of devitalized tissue around the base of the metacarpal pad. The foot was thoroughly clipped and prepared with chlorhexidine then visible necrotic tissue sharply debrided. The wounds were covered in an osmotic dressing (honey and sugar) then re-bandaged. Recommendations for further treatment included surgical removal of distal third digit as pad and tendon are necrotic and the exposed bone was unlikely to stay vital. If healing occurs, the cat should be able to walk with the remaining two digits (digits 4 and 5) but likely with a limp. If the metacarpal pad and/or more digit loss occur then amputation must be recommended. Vacuum assisted therapy was also recommended but declined for financial reasons. Plans were made to perform the debridement under sedation and local anesthesia on 48 hours.

Two days later the cat presented for her procedure. She was sedated with dexmedetomidine and butorphanol. The medial aspect of the left foot was open with healthy granulation tissue present and had significantly contracted as compared to two days previously. The third phalanx of the third digit was exposed ventrally with desiccated and necrotic pad apparent along with exposure of the shaft of the second phalanx. There was minimal to no devitalized tissue around the base of the metacarpal pad at this time and it appeared adhered to surrounding granulation tissue.  The foot was thoroughly prepared with chlorhexidine then a local block using lidocaine administered to the medial aspect of the foot. The wound was aseptically draped then a #15 blade used to sever the remaining soft tissue attachments and disarticulate the joint at the P1-2 articulation. The tissues were debrided where needed then flushed with 20 ml sterile saline. The remaining digit skin was apposed to itself and over the distal articular surface of P1 using three interrupted sutures of 4-0 Maxon. Extra digital skin was preserved in case reconstruction of the foot was needed once culture results became available. The wounds were covered in a dry osmotic dressing (sugar) then rebadged. The cat was seen the next day for a bandage change and the wound appeared stable with no further devitalization, apposed skin edges and minimal exudate. Osmotic dressings were discontinued.

On day 4 post debridement, the cat presented to the ER because she had removed the bandage. Her physical examination was normal and she was ambulatory on the left forelimb. The wound had contracted dramatically and skin edges were well apposed. The bandage was left off and the clients instructed to continue exercise restriction and e-collar use and to keep the foot clean and dry, applying a topical wound ointment (Derma Gel®) once to twice daily.

At two weeks post-surgery, the cat was seen for suture removal and final recheck: She was bright, alert and responsive and allowed handling of the forelimb and foot without sedation. She was intermittently bearing full weight on the foot. No granulation tissue was present and smooth epithelialization covering the medial wound bed was noted. The skin of the metacarpal pad was flaking with normal pad underneath. Two sutures were present along the skin of the third digit. Sutures were removed with gentle manual restraint and the flaking pad skin removed.

Two months later (90 days post injury) telephone correspondence with the clients indicated that the cat’s wound was completely healed and she was comfortable on the limb and fully ambulatory.

Traumatic, contaminated wounds to the extremities can be challenging cases to manage. Scant soft tissue covering for the bones and supporting structures, constant pressure and motion from weight bearing and the need to preserve pads for comfortable ambulation can present treatment dilemmas. Wound management can be intensive, requiring frequent recheck appointments for wound management and serial debridement, often under heavy sedation or general anesthesia. Debridement must be complete to remove all devitalized tissue that can harbor bacteria and wound culture should be performed on initial evaluation and debridement of any complex wound, so that antibiotic management can be tailored to the spectrum of bacteria recovered early in the treatment process. While aggressive debridement should be avoided to preserve the maximum amount of tissue for delayed closure, all devitalized tissue must be removed from the wound bed in order to control infection and allow granulation to start. Open wound management is recommended initially to allow serial debridement of devitalized tissue and open drainage of contaminated or infected wounds. Osmotic type dressings are of benefit to decrease edema, promote circulation, and provide an unhospitable environment for bacteria while autolytic debridement occurs and granulation tissue starts to form.  Delayed closure can be complete or partial, but should only be performed once a healthy wound bed is achieved and culture results are available. Protection from further trauma and/or contamination with a bandage and Elizabethan collar is always warranted while the wound is open. Strict exercise restriction is also of extreme importance as fibroblasts and capillaries in the emerging wound bed are easily disrupted by motion. Intensive management following these basic tenets of wound care, combined with extreme dedication on the part of her owners, contributed to salvage of the cat’s foot and return to function.

In the beginning, it seems so tragic to what has happened to that poor cat but, I'm just glad that the healing process was successful.

Could you go into more detail regarding "Vacuum therapy"? I'm interested in hearing more about this treatment for wounds. Thanks!

Thanks for your question! We actually have a really great video all about vacuum therapy, I will list it below:
https://www.atdove.org/video/vacuum-assisted-wound-therapy

Please let us know if you have any further questions.

Wow-what a great outcome this is! I teach Small Wound Management to Vet techs who are getting their educational classes for the California VTNE. Would you mind if I discussed this in my class?
It's completely online.
Thank you,
Jana
Veterinary Technology Instructor.